been trying to do this for a while, with a cheap pen. specifically an inexpensive pen, not a fancy steel bodied one. because i lose things.
sometimes you just need to write things down.
near the fridge, or the metal front door.
but the smallest magnetic spheres i could find don't fit in your average bic and i don't want to glue a magnet to something that isn't always going to be around, whether i lose it or it just runs dry.
someone left this pen behind and it looked just the right size for my smallest spheres (a.k.a. bucky balls) 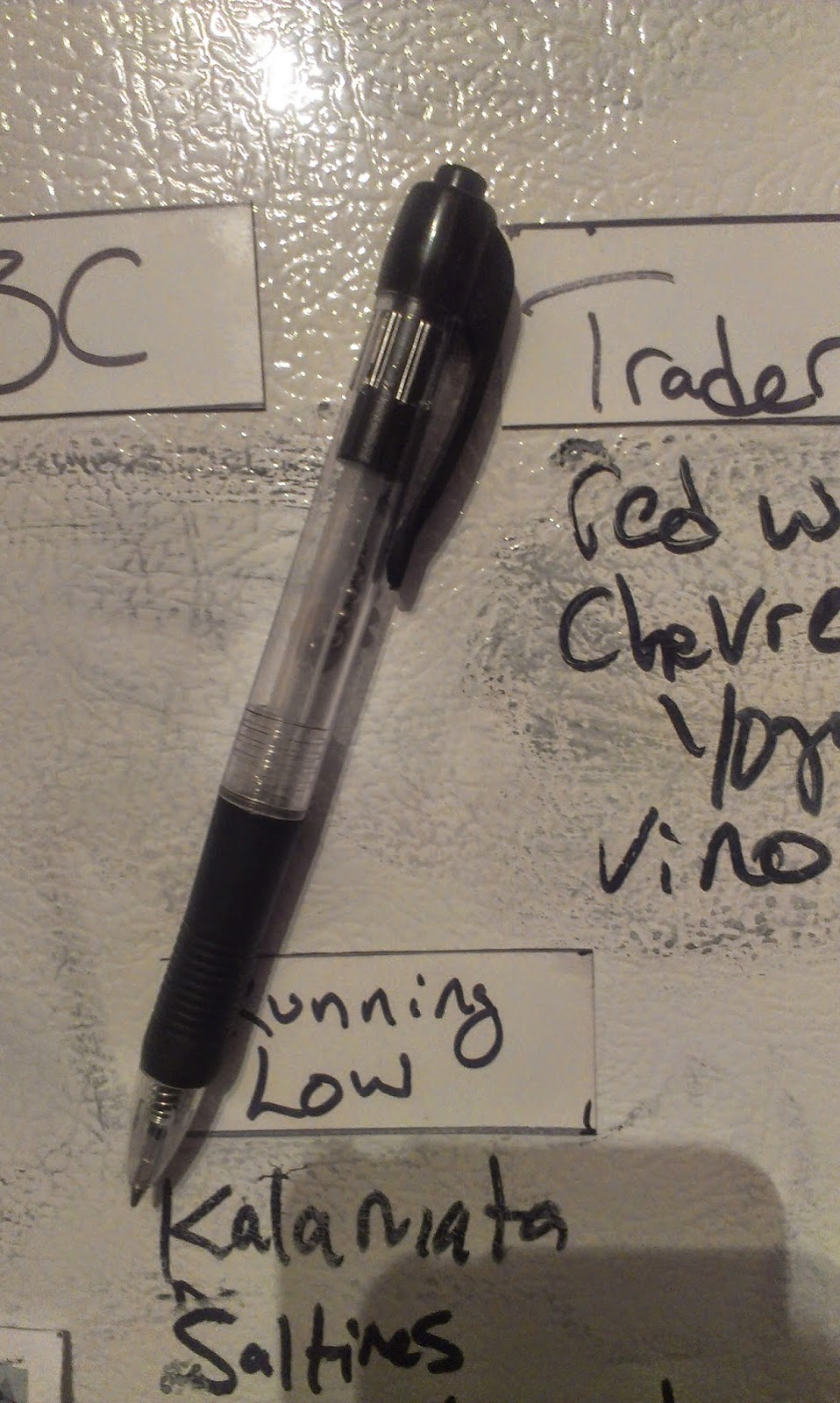 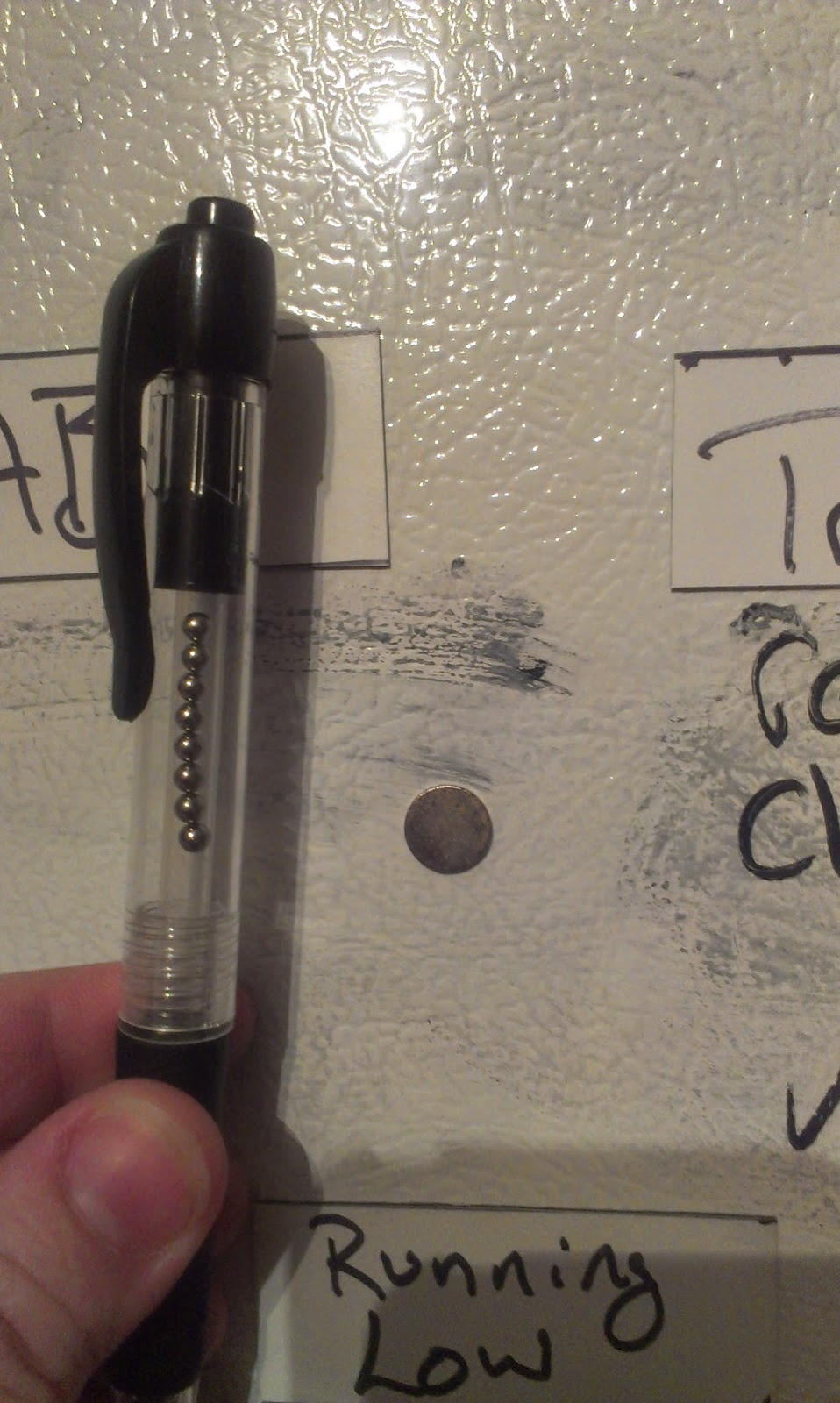 the magnetic spheres aren't strong enough to stick to the fridge through the plastic of the pen on their own, but a superstrong magnetic disk on the fridge works perfectly. similar to the setup for the little spray bottle of water for cleaning my wet-erase marker grocery list
after using the pen earlier, this idea hit me so hard i had to get up from watching the 2nd to last episode of Defiance season one.
so now back to that and pricing an extra shelf for my fridge. because hey, i have the space and use for it and GE sells the parts
Posted by catastrophegirl at 10:36 PM No comments: